To share your memory on the wall of Simon Techner, sign in using one of the following options:

To plant a memorial tree in honor of Simon Techner, please visit our Heartfelt Sympathies Store.

Receive notifications about information and event scheduling for Simon

We encourage you to share your most beloved memories of Simon here, so that the family and other loved ones can always see it. You can upload cherished photographs, or share your favorite stories, and can even comment on those shared by others.

Posted Jan 13, 2019 at 03:20pm
Dear Mindy, Michelle and family,
My sincere sympathy on Sy's passing... I delight in memories of his classes that I attended in Mays Landing many years ago. He was so nice and helpful. I still have photos of my projects as I progressed in learning and a group shot with Sy when the class ended... May beautiful memories sustain you always and may Sy's sweet soul rest in peace.
Sincerely, Claudette Dee
Comment Share
Share via:
AT

Posted Jan 13, 2019 at 09:08am
Jimmy and I send our heart felt sympathy to the family. What an amazing story of his life and how much he had to overcome. I’m sure you were the pride of his world.
Comment Share
Share via: 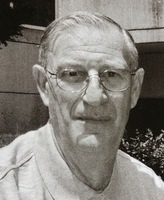