To share your memory on the wall of Saul Chudnoff, sign in using one of the following options:

Saul worked for many years as a Warehouse Manager for Byberry State Hospital in Philadelphia, and later a photographer for Trader Magazine. Saul served in the Army duri... Read More
Saul Mayer Chudnoff, 90 of Linwood, passed away on August 1, 2020.

Saul worked for many years as a Warehouse Manager for Byberry State Hospital in Philadelphia, and later a photographer for Trader Magazine. Saul served in the Army during the Korean War. He lived in Northeast Philadelphia, Fort Myers Fl, the Pocono Mountain Region and at Brandall in Linwood NJ.

Saul enjoyed photography, computers and traveling with his wife, Katie. A loving husband to Katie Parker Chudnoff (nee Patterson), father and proud Pop-Pop, he will be greatly missed by all.

Saul was predeceased by his wife Katie, and sisters Estelle Becker and Alma Chudnoff and granddaughter, Torun Engstrom.

A funeral service and interment for both Saul and Katie will be held on Thursday, August 6th at 10:00 am at Hillcrest Memorial Park, 550 Delsea Dr, Sewell NJ 08080
Read Less

Receive notifications about information and event scheduling for Saul

We encourage you to share your most beloved memories of Saul here, so that the family and other loved ones can always see it. You can upload cherished photographs, or share your favorite stories, and can even comment on those shared by others.

Posted Aug 06, 2020 at 09:04am
I work at CVS and Mr Chudnoff was one of my favorite customers. I'm really going to miss him. So sorry for your loss.
Comment Share
Share via: 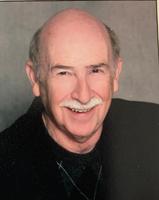