To share your memory on the wall of Mary Smith, sign in using one of the following options:

Provide comfort for the family of Mary Smith with a meaningful gesture of sympathy.

Mary married Donald McKim Smith on September 15, 1954 and raised three children. She was employed as a waitress kindly serving customers until her retirement in 2002 at the age of 75. She was dedicated to her family always sharing an uplifting attitude and demonstrating her faith and trust in God.

We encourage you to share your most beloved memories of Mary here, so that the family and other loved ones can always see it. You can upload cherished photographs, or share your favorite stories, and can even comment on those shared by others. 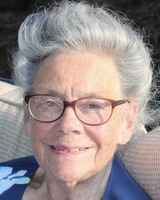