To share your memory on the wall of Jerome Krassenstein, sign in using one of the following options:

Jerry, a trained certified public accountant and stock broker, had a long successful career as a senior corporate executive with CSX in Huntington, WV, Baltimore, MD and Cleveland, OH. He was an Army veteran, who started several businesses and served as a tireless volunteer for several organizations, including temples in Baltimore, Margate and Boca Raton.

Jerry had a passion for, among other things, travel, culture, cigars and Jack Daniels. He and Velma traveled the world, including trips to Israel, China, Europe and Central America and cruises spanning the globe. He loved opera, movies, great restaurants, football & fixing things. Most of all, he loved his family and shared everything he had with them. He was greatly admired by his family and by those who had the privilege of working with and knowing him. He had courage and confidence and set a wonderful example to his children & grandchildren as the kind of person we all should aspire to be. He will be missed!

Synagogue services will be held on Monday, April 15, 2019 at 1:00 at Shirat Hayam in Ventnor, NJ. Interment will be private. Donations may be sent to the Temple Emeth Shalom Cemetery Fund, the Mishkan Tefillah prayer book fund or any charity of the donor’s choice.
Read Less

We encourage you to share your most beloved memories of Jerome here, so that the family and other loved ones can always see it. You can upload cherished photographs, or share your favorite stories, and can even comment on those shared by others. 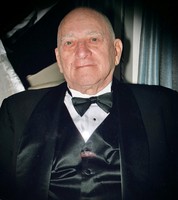