To share your memory on the wall of Herbert Dudnick, sign in using one of the following options:

Herb served in the Army during the Korean war, and then went back to school graduating from Temple University. Herb began his career as a journalist with NBC News in 1960. He quickly moved from being a reporter to becoming an Executive Producer for NBC Nightly News in Washington, D.C. Herb stayed in Washington until both Sheryl and Craig had graduated high school. Herb and Renee then moved to New York where Herb helped to create the highly acclaimed news show, NBC News Overnight. From there, he went on to develop the Emmy award winning show, Main Street. Becoming a News Director for the NBC affiliate, KRON, in San Francisco, was Herb’s next career move. Herb then left NBC to return to Washington, DC to work for ABC World News Tonight. After his long and successful career, Herb retired with Renee to Egg Harbor Township, NJ.

Herb’s career was second to his family, and his love of golf. Herb loved to play golf with Renee at both Linwood Country Club and at Harbor Pines Golf Club. When Herb wasn’t playing golf, he was watching Tiger Woods, watching football, or talking to his granddaughters. After Renee passed away in 2015, Herb moved to Brandywine in Linwood. In 2018, with failing health, he moved to The Hearth in Glastonbury, CT.. He received excellent care at both facilities. Herb is survived by his son Craig Dudnick of Chicago, daughter, Sheryl (Dudnick) Viola, her husband Paul Viola of Glastonbury, CT and their two daughters, Erin Viola of Los Angeles, CA and Chelsea Viola of Shelton, CT.

Funeral services will be privately held. To leave a condolence for the family please visit www.rothgoldsteins.com.
Read Less

Receive notifications about information and event scheduling for Herbert

We encourage you to share your most beloved memories of Herbert here, so that the family and other loved ones can always see it. You can upload cherished photographs, or share your favorite stories, and can even comment on those shared by others.

Posted Aug 26, 2020 at 06:37pm
Worked with Herbie at NBC when I was just starting out in news prod. He was the Exec Prod on Overnight and Main St. Herb and Renee, beautiful people.

Posted Apr 18, 2020 at 12:40pm
In a long working life I had a lot of bosses. Some of them were awful of course. But some were cool, supportive, smart, and made me better at my job. Herb was one of those. Anybody wants to argue, I've got a lot of witnesses and colleagues who will agree. He made my life and our business better, bless his heart.
Tom DeVries, Mariposa California
Comment Share
Share via:
PK

Posted Feb 21, 2020 at 10:20pm
Dear Cheryl and Craig,
So sorry to hear about the death of my favorite Uncle Herbie. After my dad died, he was really my only connection to the Dudnicks. He was smart, handsome, witty and I loved being with him.
Take care of yourselves and know that I am thinking of you. Paula
Comment Share
Share via:
EK 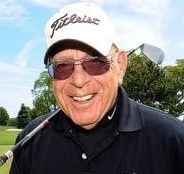 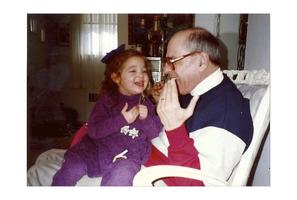 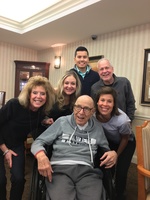 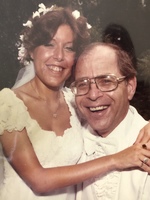