To share your memory on the wall of Barbara Altman, sign in using one of the following options:

Born and raised in Ventnor, she attended Ventnor Schools, Atlantic City High School, and Glassboro State College. She married her high school sweetheart, Eddie, in 1961. They were married until his passing in 2019. Barbara was the long-term director of the Atlantic City Marathon and was very active in the community. She was a radio talk show host at WOND and was the first FCC licensed woman in the state of New Jersey.

Barbara was a member of the Atlantic County Woman’s Hall of Fame and was 1999 NJ Mother of the Year. She was also the first woman to be inducted into the NJ Broadcasters Hall of Fame.

She was predeceased by her parents, Leonard and Frances Winston; her husband, Edward; three siblings, Paul, Basil and Theodore Winston; and her daughter, Deborah. She is survived by her children, Jennifer and Daniel (Kimmie) Altman; her granddaughter, Joelle; her siblings, Joseph Winston (Sally) of Fernando Beach, FL, and Edward Winston (Cheri) of Englewood, NJ; and several nieces, nephews, cousins, and friends.

Receive notifications about information and event scheduling for Barbara

We encourage you to share your most beloved memories of Barbara here, so that the family and other loved ones can always see it. You can upload cherished photographs, or share your favorite stories, and can even comment on those shared by others.

Posted Jun 30, 2020 at 06:15pm
Wishing you peace to bring comfort, courage to face the days ahead and loving memories to forever hold in your hearts. She touched so many hearts.

Posted Jun 26, 2020 at 06:15pm
To the Family- I am so sorry and send my condolences to the family. We go way back to when the children worked in my old Venrnor Card Corner. Barbara and Ed and the kids- such nice people. Barbara was wonderful on the radio. Sympathy to all. -Herb Stern
Comment Share
Share via:
EK

Barbara, You are indeed a blessed memory. Both you and Ed, such classy people. You truly lived your beliefs. Good for you. I enjoyed your radio show and your love of country, for your religion, for your family, your sweet (grand)dogs. So happy you got to enjoy your little Joelle. It all came through the radio as I am sure you had hoped it would. "God Bless America" , dear lady, the Kate Smith version. 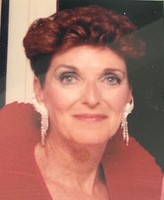