To share your memory on the wall of Susan Adelman, sign in using one of the following options:

Susan graduated from Atlantic City High School in 1963 and attended the University of Wisconsin and Temple University. She was one of the few women to graduate in 1967 from Temple University Business School. Upon graduation she worked at the Franklin Institute in Philadelphia. After marrying Richard Adelman, her high school sweetheart and husband of 53 years, she returned to Atlantic County in 1968 residing at various times in Ventnor, Linwood, and Northfield. After giving birth to her first child Jason in 1969, Susan moved to South Korea to live with her husband who was stationed in Seoul while serving as an Officer in the U.S. Army. Her second child Judd was born in 1970. After the military, Susan moved to Linwood and worked in the Atlantic County Government, ultimately rising to the level of Director of the Department of Planning.She oversaw the Atlantic County Department of Planning when it was preparing for rapid growth after the legalization of casino gaming in Atlantic City.

In work and life, Susan was known for her no-nonsense style, efficient project management skills, and wonderful sense of humor. After giving birth to her third son James in 1982, she moved to Northfield and retired from county government, instead choosing to put her project management skills to work developing Margate Terrace, an affordable senior housing development. She was a passionate volunteer and served on the Board of Jewish Family Services, Ruth Newman Shapiro Cancer Fund, and the Linwood Country Club. Susan excelled in both athletics and art and instilled a great appreciation for both in her children. Susan was a prolific painter and sculptor and her homes were filled with her artistic works.

In retirement, she loved to play golf in the mornings and spend afternoons at the beach or walking the boardwalk with her girlfriends. Every summer she graciously hosted family and friends from around the country at her home in Northfield. Susan loved to entertain and her creativity was always on display when she hosted parties and celebrations. Susan shared many wonderful adventures with her husband Richard and they loved to spend months away together in Paris, France, and weekends in New York City. During her winters in West Palm Beach she cherished her many friends from Toronto, Canada who warmly welcomed her into their community. She lived a wonderful life and was beloved by so many.

She is predeceased by her parents Celia and David Brone and her siblings Judy and Richard and is survived by her husband Dr. Richard Adelman; her children, Jason T. Adelman, Dr. Judd B. Adelman and Lori Adelman (Muchnick), and James David Adelman; her three grandchildren Matthew Adelman, Philippa Adelman, and Jasper Adelman; and her sister Maxine Schnadelbach.

Due to the pandemic funeral services will be private. Any contributions can be made in her name to Beth Israel Synagogue in Northfield and the Ruth Newman Shapiro Cancer and Heart Fund.
Read Less

Receive notifications about information and event scheduling for Susan

We encourage you to share your most beloved memories of Susan here, so that the family and other loved ones can always see it. You can upload cherished photographs, or share your favorite stories, and can even comment on those shared by others.

10 trees were planted in the memory of Susan Adelman

Posted Dec 29, 2020 at 12:50pm
Richard & Family-
I was so very sorry to read about Susie this morning. Brian & I have so many fond memories of working with her at Atlantic County Government, as well as lots of fun times with you and the Ruggiero's! May you be comforted by all of your memories of her as a wonderful wife, mother and friend. Susie was definitely one of a kind and will be missed by many. RIP.
Sincerely, Ellen Hyatt & Brian Lefke
Comment Share
Share via: 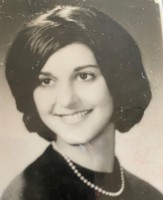