To share your memory on the wall of Martin Uman, sign in using one of the following options:

Marty was born on November 4, 1953, in Atlantic City, NJ to Dorothy (Fishman) and Bernard Uman. An excellent student, he attended Ventnor Public Schools, after which he graduated from Atlantic City High School in 1971. Marty’s hope of becoming a doctor led him to major in Pre-Med at the University of Maryland. Growing up near the beach in Ventnor, Marty became a good swimmer. He also loved fishing off the rocks in Longport accompanied by his father.

From childhood through his adult years, Marty’s passion remained constant - his love of playing the piano and classical music. He was a gifted musician, whose dream was to one day be a concert pianist. He loved playing in the Atlantic City High School band, performing in many shows. Marty spent countless summers and weekends helping out in his father’s hardware store.

However, his education, passions and goals were abruptly interrupted by a lifelong illness.

Martin is survived by his mother, Dorothy of Galloway; sister Marilyn of Mays Landing; and his aunt, Frances Levine of Ventnor. He is predeceased by his father, Bernard.

A graveside service and burial will be private. In lieu of flowers, donations in Martin’s memory may be made to the charity of one’s choice.
Read Less

Receive notifications about information and event scheduling for Martin

There are no events scheduled. You can still show your support by sending flowers directly to the family, or planting a memorial tree in memory of Martin Jay Uman.
Plant a Tree

We encourage you to share your most beloved memories of Martin here, so that the family and other loved ones can always see it. You can upload cherished photographs, or share your favorite stories, and can even comment on those shared by others.

Posted Mar 30, 2020 at 02:05pm
My sincere condolences to both Dorothy and Marilyn Uman. Although it has been some years, I have not forgotten your family. 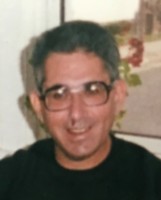