To share your memory on the wall of Mark Vasser, sign in using one of the following options:

To plant a memorial tree in honor of Mark Vasser, please visit our Heartfelt Sympathies Store.

We encourage you to share your most beloved memories of Mark here, so that the family and other loved ones can always see it. You can upload cherished photographs, or share your favorite stories, and can even comment on those shared by others.

Posted Apr 08, 2019 at 10:04pm
My condolences to the Vasser family in the loss of an iconic man. Although I never met him personally, the stories of his life are legend material. Stay strong and live life to the fullest!!
The McGregor Family
Trees are from Garret and Jessica!

Posted Apr 08, 2019 at 07:08pm
I was so saddened to hear of Mark's passing today. It was THE talk of the town wherever I went, even Judge Rosenberg mentioned him in Margate court today. Such a true gentleman, always smiling and in good nature and many people will miss him dearly. May he rest peacefully in the loving arms of our Lord. 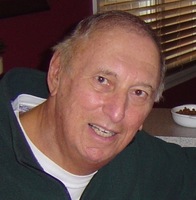