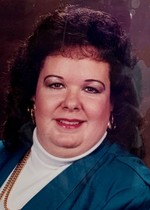 Kathleen Migiani, 59 of Atlantic City, passed away on Monday, February 24th with her husband and only daughter by her side.

Kathleen worked at Caesar's Entertainment for over 30 years. She liked cruises and was known as the "Cruising Diva". She also enjoyed spending time with her husband.

A funeral service will be held on Tuesday, March 3, 2020 at 11:00am at Roth-Goldsteins' Memorial Chapel, 116 Pacific Avenue, Atlantic City. A viewing will be held from 10:00am until the time of the service. Interment will follow in Atlantic City Cemetery, Pleasantville.