To share your memory on the wall of Jerry Davidson, sign in using one of the following options:

Print
Davidson, Jerry - 65, an advertising photographer, passed away unexpectedly from natural causes, while visiting his family in New Jersey on May 22, 2019.

Born March 30, 1954 in Atlantic City, NJ, the son of Marvin and Bette Davidson, he... Read More
Davidson, Jerry - 65, an advertising photographer, passed away unexpectedly from natural causes, while visiting his family in New Jersey on May 22, 2019.

Born March 30, 1954 in Atlantic City, NJ, the son of Marvin and Bette Davidson, he received a B.A. from Brooks Photography Institute of Santa Barbara. Jerry was the most loving father, grandfather, son, brother, uncle and friend. He was a successful photographer for over 40 years, capturing images of actors, actresses, athletes and political figures.

Jerry served as the Commissioner of the Hermosa Beach Youth Basketball League for over 30 years, as well as a coach for HBYB and AYSO for many years. In his early years, Jerry was an avid racquetball player and waterman; frequently water skiing, surfing and scuba diving. He always loved being out on a boat, whether it was fishing with his dad or taking his daughters water skiing. Jerry’s favorite pastimes were working out in the gym, going to the beach with his friends, spending time with his daughters and grandsons and driving his golf cart to the beach. Jerry loved visiting his family in his hometown of Margate, New Jersey, but always returned to his home of 36 years in Hermosa Beach, California.

Jerry is survived by his parents; brother Herman (Lynn); twin sister Ilene (Barry); daughters Danielle, Courtney, Heather and Caitlin; sons-in-law Mike, Tyler and Mikey; grandsons Nate, Connor and Grant; nieces and nephews; and an abundance of great friends. To Know Him Was To Love Him!

A memorial service will be held Wednesday, May 29th at 1pm at the Rodef Sholom Cemetery, 6691 Black Horse Pike, Egg Harbor Twp. A celebration of Life will will held at a later date in California.

The family kindly request donations to Meals on Wheels of Torrance, http://tlmow.org/donation/ or The Surfer Foundation, http://give.surfrider.org.
Read Less

To plant a memorial tree in honor of Jerry Davidson, please visit our Heartfelt Sympathies Store.

We encourage you to share your most beloved memories of Jerry here, so that the family and other loved ones can always see it. You can upload cherished photographs, or share your favorite stories, and can even comment on those shared by others.

Posted May 26, 2019 at 03:31pm
Dear Family, our heartfelt love and condulences goes out to all of you as we deal with the loss of Jerry.... Reading his obituary was so beautiful and seeing pictures of him with his beautiful daughters is so sweet. Jerry helped out our family as we dealt with a serious illness this past year. He will be remembered as a generous soul. We send big hugs to the entire wonderful Davidson family. 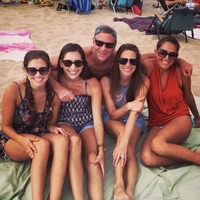 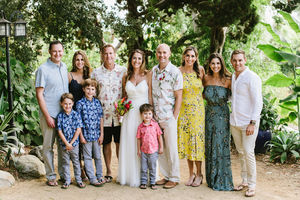