To share your memory on the wall of Howard Frankel, sign in using one of the following options:

He was born in Philadelphia, and grew up in the Strawberry Mansion section of the city. He went to Central High School and then graduated from Swarthmore Coll... Read More
Dr. Howard Frankel passed away peacefully November 5th after a brief illness.

He was born in Philadelphia, and grew up in the Strawberry Mansion section of the city. He went to Central High School and then graduated from Swarthmore College.

He was an accomplished tennis player advancing to Davis Cup competition, and continued playing into retirement.

He was called to serve his country in the US Navy during WWII and acted as a Jewish Chaplain in the Marshall Islands and Pacific Theatre.

After returning home with the GI Bill he graduated Philadelphia College of Optometry and practiced Optometry until his retirement 25 years ago.

He served as the founding father and acting rabbi of his community's synagogue, Temple Sinai.

He cherished his violin and studied at the Settlement Music School. He founded the Le Nouveau Chamber Ensemble, and gave recitals frequently throughout the tri-state area for many years. He was intimately involved with reviving the classics locally and the Atlantic City Symphony Orchestra.

He was an avid boater for many years, and enjoyed being out on the water cruising and fishing with friends and family.

Howard was the loving patriarch of his extended family who will miss him dearly.

To plant a memorial tree in honor of Howard Frankel, please visit our Heartfelt Sympathies Store.

Receive notifications about information and event scheduling for Howard

We encourage you to share your most beloved memories of Howard here, so that the family and other loved ones can always see it. You can upload cherished photographs, or share your favorite stories, and can even comment on those shared by others.

Posted Nov 08, 2019 at 08:13am
Dear Victor, Lorie, Rhonda and Mrs. Frankel.
Adele and I were very sorry to hear of Dr. Frankel's passing. I have very fond memories of him growing up. We are thinking of you.
May his memory be for a blessing. 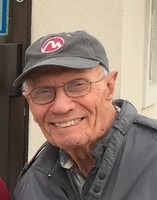