To share your memory on the wall of Herbert Midelton, sign in using one of the following options:

During World War II, Herb was a rifleman and served as a scout for 16 months as a part of the 87th Infantry Division. He was in the famous Battle of the Bulge. Herb was awarded the Combat Infantry Badge and two Battle Stars.

When Herb came out of World War II in 1946, he and Mildred raised their family in Ventnor for most of their family life and later lived in Absecon, NJ and Florida. They had three sons – David, Stanley, and Alan.
As the years went on, with his wife working beside him, he became a custom home builder in Ventnor, Margate and Longport for 33 years. He dedicated himself to work and his family and became very successful. As his family grew, he looked forward to spending time with his grandchildren, including weekly Friday night sleepovers.
His dedication went far beyond his family. Alan tragically passed away at the age of 3. In his memory, Herb and Mildred set up the Alan H. Midelton Scholarship Foundation in 2010, currently the largest scholarship for college-bound Atlantic City High School graduates, based on academic excellence and financial need.

In addition to Alan and his loving wife Mildred, Herb was preceded in death by his parents, David and Rose Midelton; brothers Stanley and Martin. He is survived by sons David (Diane) and Stanley; grandchildren Gary (Marta), Andrea (Andrew) Kalan, Robert (Lauren), Abbey (David) Gancz, and Eric; and 9 great-grandchildren. He will be dearly missed by all.

In lieu of flowers, the family requests that donations be made in his memory to the Alzheimer’s Foundation of America at www.alzfdn.org.
Read Less

Receive notifications about information and event scheduling for Herbert

There are no events scheduled. You can still show your support by sending flowers directly to the family, or planting a memorial tree in memory of Herbert F Midelton.
Plant a Tree

We encourage you to share your most beloved memories of Herbert here, so that the family and other loved ones can always see it. You can upload cherished photographs, or share your favorite stories, and can even comment on those shared by others.

Posted Apr 14, 2020 at 03:52pm
I was one of the Alan H. Midelton Scholarship recipients and it made such a huge impact on my life. So sad to hear about Mr. Midelton's passing—condolences to the family.
Comment Share
Share via:
MW

Posted Apr 12, 2020 at 02:36pm
Wishing you peace to bring comfort, courage to face the days ahead and loving memories to forever hold in your hearts. 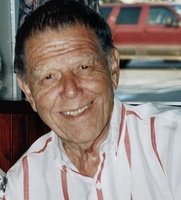