To share your memory on the wall of Frederic Bernhardt, sign in using one of the following options:

Provide comfort for the family of Frederic Bernhardt with a meaningful gesture of sympathy.

Print
The day the music died; but just for a moment to reflect.

We lost a musically talented, “one of a kind” sweet, kind and generous soul: a quintessentially talented Detroit Music Man. He was a dutiful son, who tirelessly cared for his ... Read More
The day the music died; but just for a moment to reflect.

We lost a musically talented, “one of a kind” sweet, kind and generous soul: a quintessentially talented Detroit Music Man. He was a dutiful son, who tirelessly cared for his mother, Jackie, the last 4 years of her life.
Fredric (Ric) Lyle Bernhardt, residing in West Bloomfield, Michigan left this world on April 26th at Henry Ford Hospital in West Bloomfield, Michigan.

There will be a private graveside service on Friday May 1st at the Beth Kehillah Cemetery in Egg Harbor Township, New Jersey.

Ric will join his beloved parents. He will be buried alongside his beloved Mother, Jackie, and Father, Mortimer. He is near Aunt Clare Levy and Uncles, Dodie and Mitzie Goorland.

Additionally, he is fondly remembered by his cousins, whom he so loved and admired; Michael Sukin and Leeds Levy and Beverly Gordon, Mother-in-Law of Greg, for whom he had a special fondness.

He is additionally survived by his former wife, Gail Bernhardt and her daughter that he helped raise, Laura Labovich of Bethesda, Maryland.

Ric attended and loved his days and many friends at Oak Park High School in Oak Park, Michigan and Cheshire Academy in Cheshire, Connecticut.

Contributions in his memory may be made to the Holocaust Center, www.holocaustcenter.org or to Chabad at the Shore, www.chabadac.com or to the Detroit Institute of the Arts, www.dia.org/support/donate/tribute-memorial-giving.

So much sorrow. It is all around and then it hits home.

No playbook has prepared any of us for what we are currently experiencing.

This is even more so for losing a sibling. You live contemporaneously with them. Their life mirrors your own lifelong experiences and your physical appearance connects you.

Ric was transported to the hospital by his dear friend Carol and her son Joshua a week earlier. He was suddenly confronted with myriad life-threatening ailments. While testing negative for the COVID plague, he was nonetheless treated as being positive.

Ric lived, loved and breathed music. He was that rare individual who had no interest in monetizing his considerable musical talents.

As a gifted guitar teacher, musician, promoter, manager and mentor; he did it for the ‘LOVE OF THE GAME”. How many people can say that?

So many have been lost or are currently ill. There is a general malaise associated with the loss of our daily routines.

I hope that we can transform the loss of Ric into a new reality of just how important kind, genuine and empathetic people are. Not just the “movers and shakers” that generate most of our attention and respect. Instead let us make sure that those like Ric, people who are simply good and kind, are also people we value and respect.
No spiritual or thinking individual can let out current circumstances go unexamined. Let us look inward. Hopefully, we can repair the world and whatever deficiencies exist in our lives.
Read Less

Receive notifications about information and event scheduling for Frederic

There are no events scheduled. You can still show your support by sending flowers directly to the family, or planting a memorial tree in memory of Frederic "Ric" Bernhardt.
Plant a Tree

We encourage you to share your most beloved memories of Frederic here, so that the family and other loved ones can always see it. You can upload cherished photographs, or share your favorite stories, and can even comment on those shared by others.

Posted May 01, 2020 at 08:09pm
I have known Ric since his higher school days and he was always upbeat and full of energy. After he moved back from Cali to D town, he was a old friend found. My first Facebook pic was of me dancing with him.We shared a luv of music and we had fine times with a crowd hanging out. I’m adding a photo from the DIA “D Premiere Party” with him, a Motown Legend and me. I will always remember him as a congenital optimist and he will sincerely be missed. RIP Ric ⭕️❌
  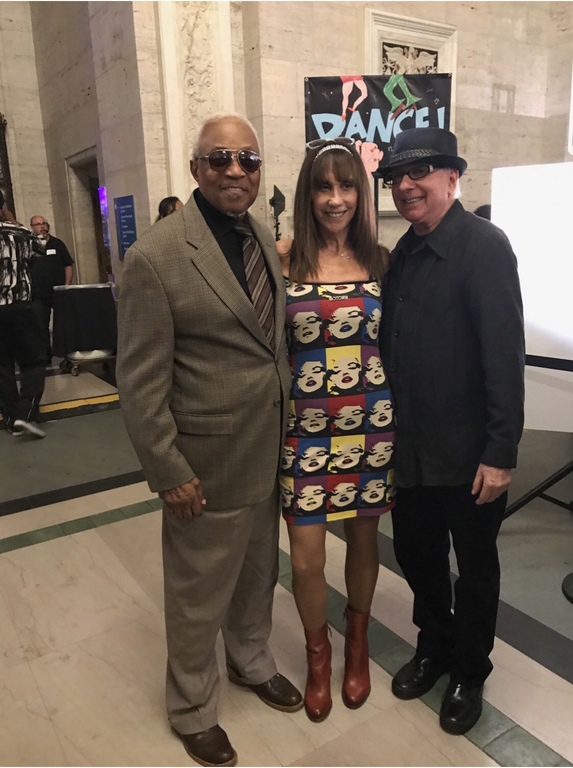 Posted May 01, 2020 at 01:40pm
Dear Ric,
We will miss you so much and we're sending you music and love. Thank you for the support, memories and times together in Detroit. Prayers, rest in peace xx Carolyn Striho, Scott Dailey and The Carolyn Striho Group.
Comment Share
Share via: 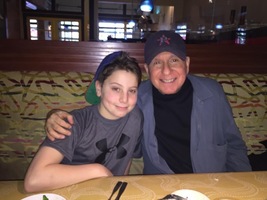 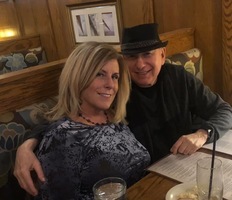 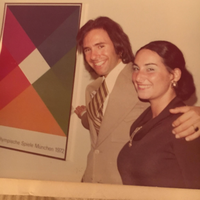