To share your memory on the wall of Eleanor Silverstein, sign in using one of the following options:

Provide comfort for the family of Eleanor Silverstein with a meaningful gesture of sympathy.

Eleanor’s appreciation for beauty and her creativity was reflected in everything she did and who she was. She was an avid collector of antiques of all kinds, had a love for gardening for which she was awarded the Best Landscaped Home by the City of Margate, and knitted multitudes of hats, scarves and sweaters for her grandchildren. Her sense of style was so impeccable that she earned the title of The Best Dressed Woman in Atlantic City. She was a true homemaker.

Eleanor was involved in the community through her charitable deeds for World Ort, American Heart Association and Hadassah.

She will be deeply missed by all who knew and loved her.

Graveside services will be held at 1:00 p.m. Monday, January 28, 2019, at Har Nebo Cemetery in Philadelphia. In lieu of flowers, the family would appreciate donations to the Alzheimer’s Association at https://www.alz.org/
Read Less

We encourage you to share your most beloved memories of Eleanor here, so that the family and other loved ones can always see it. You can upload cherished photographs, or share your favorite stories, and can even comment on those shared by others. 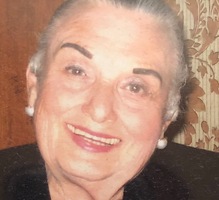