To share your memory on the wall of Dr. Richard Shuster, sign in using one of the following options:

Provide comfort for the family by sending flowers or planting a tree in memory of Dr. Richard Shuster

Provide comfort for the family by sending flowers or planting a tree in memory of Dr. Richard Shuster

Receive notifications about information and event scheduling for Dr. Richard

We encourage you to share your most beloved memories of Dr. Richard here, so that the family and other loved ones can always see it. You can upload cherished photographs, or share your favorite stories, and can even comment on those shared by others.

Posted Mar 01, 2019 at 12:05pm
KENNY ,ADDYEE, SO SORRY TO HEAR ABOUT RICHARD. I WAS ALWAYS HAPPY TO CATCH UP WITH HIM AT FAMILY EVENTS.
HE ALWAYS REMEMBERED THAT MY SON WAS MATTHEW AND ALSO KNEW SHERRI ON SIGHT JUST FROM MEETING HER ONCE.
WE WILL MISS HIS VERY DRY SENSE OF HUMOR. OUR DEEPEST SYMPATHY AGAIN
STUART AND SHERRI FOX

Posted Mar 01, 2019 at 08:27am
Our deepest sympathy goes out to the Family of Dr. Shuster. My husband and I were loyal patients who looked forward to sharing a laugh, catching up with how his Mother was doing and seeing Bella. We hope Bella will find a loving home..if you need help there..Peachtree Corners Eye Clinic know how to contact us.
Marsha and Ralph Wallace
Comment Share
Share via: 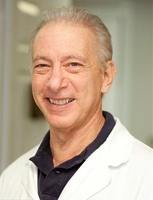