To share your memory on the wall of Dr. Herman Felder, sign in using one of the following options:

Provide comfort for the family by sending flowers or planting a tree in memory of Dr. Herman Felder

Provide comfort for the family by sending flowers or planting a tree in memory of Dr. Herman Felder

He married his high school sweetheart Raye in 1954. He was a loving and devoted son, husband, father and grandfather.

He attended the University of Pittsburgh (Pitt) for his undergraduate degree. He graduated from Pitt Medical School in 1958 and then did his residency at Eye and Ear Hospital in Pittsburgh. He served as a captain in the United State Army from 1962-1964 in Fort Leonard Wood, Missouri as head of the Ear Nose and Throat clinic on the base.

He was a pediatric ENT doctor in Pittsburgh for 35 years before his retirement in June of 1995. People from the tri-state area of West Virginia, Ohio and Pennsylvania came to see him as patients. He was president of Eye and Ear Hospital and the Pittsburgh Otological Society. He was a doctor’s doctor. He loved the children who saw him as patients. He carried stuffed animals in his pocket to entertain them and make them comfortable during exams.

Dr. Felder was an active and dedicated member of many Jewish organizations including serving as gabbai of Rodef Shalom Synagogue in Atlantic City. He loved to travel and take road trips with his wife. He enjoyed summers at the beach and walks on the boardwalk.

Funeral service and interment were held on Sunday. Contributions in his memory may be made to either:
Poale Zedeck Synagogue, Pittsburgh, Pa www.info@pzonline.org
Rodef Sholom Synagogue, Atlantic City, NJ 609-345-4580
Chabad at the Shore, Ventnor, NJ www.chadadac@gmail.com
Read Less

Receive notifications about information and event scheduling for Dr. Herman

There are no events scheduled. You can still show your support by sending flowers directly to the family, or planting a memorial tree in memory of Dr. Herman Felder.
Plant a Tree

We encourage you to share your most beloved memories of Dr. Herman here, so that the family and other loved ones can always see it. You can upload cherished photographs, or share your favorite stories, and can even comment on those shared by others.

Posted Feb 22, 2021 at 11:20am
With heartfelt condolences, we wish our beloved principal and her family our deepest sympathies, and send you over 500 hugs from her PS40 family.

5 trees were planted in the memory of Dr. Herman Felder 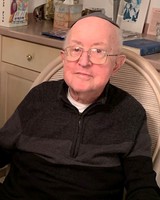