To share your memory on the wall of Blanche Warman, sign in using one of the following options:

When Blanche graduated from high school, she decided to become a nurse to help people in distress. She was accepted into nursing school in Johannesburg, studied hard, graduated and felt proud to be a member of the nursing profession. As a bonus, she looked forward to travelling because nurses are needed all over the world. After working several years in Johannesburg, she sailed to Israel, and studied Hebrew to function as a nurse. After work, she enjoyed the beaches at Israel’s shore.

For her next adventure she took a boat to Europe, and toured Italy and Greece. She then returned to Israel for 8 years, at which time she became curious about life in the United States. She got a tourist visa and took a ship to America in 1964. When she learned that Manhattan General Hospital needed nurses for their Methadone drug rehab program, she applied for a position and was hired. This job enabled her to change her status from tourist to resident. She started to feel like a real New Yorker.

One Saturday evening Blanche’s girlfriends persuaded her to go to a dance at a hotel in Manhattan. While she was sitting on the side of the dance floor, Earl chatted with her. He was smitten by her quiet charm, her sincere voice and the way she expressed her thoughts and experiences. Earl saw Blanche as a free spirit, genuine and unpretentious. He also liked the fact that she was a nurse because he was a bit of a hypochondriac. To find out if she would be “high maintenance” he asked her: “Where would you like to go for a bite?” She replied, “I’d love a hot-dog." This convinced him that she was not a gold-digger.

They began dating and walking together. One day they passed a pet shop on Second Avenue in Manhattan. Blanche saw a Siamese kitten in the window and said “That cute kitten looks like the one my niece has in South Africa. I wish I could have it.” Earl purchased the kitten for Blanche. Since it was a male, she named him “Mr. Pootzkie." To his own surprise, Earl became so fond of Mr. Pootzkie that he bought a female Siamese kitten and named her “Mrs. Pootskie." When he brought the cats together, they fell in love and became inseparable. Soon, Mrs. Pootskie became the proud mother of 5 kittens. In those days (1967) unmarried cats did not live together. Earl said to Blanche “I don’t want a public scandal, “Let’s all get married.” Blanche said “What a romantic proposal! Do you want to set a date?” Earl said “Next month – before the neighborhood cats start to gossip that our kittens were born out of wedlock.” Blanche asked “How can you find a wedding hall on such short notice?” Earl replied: “Today is November 25th, I bet there are halls available on December 25 because nobody gets married on Chanukah”. Earl was right. They easily found a wedding hall and married on December 25, 1967. On December 25, 2017 they celebrated their golden anniversary. Between those 2 dates, they were blessed with two daughters: Sherry and Debbie. Sherry had a fatal automobile accident 19 years ago. Debbie married her graduate school classmate, Joel Martin, in 2001. They now live in Indianapolis where they teach Psychology. They have two wonderful sons: Nate who has already had his Bar Mitzvah and Ethan who will have his Bar Mitzvah in 2021. They radiate the same spirit and glow as their Grandma Blanche.

The family asks that contributions in her memory may be made to the charity of the donor's choice.
Read Less

To plant a memorial tree in honor of Blanche Warman, please visit our Heartfelt Sympathies Store.

Receive notifications about information and event scheduling for Blanche

We encourage you to share your most beloved memories of Blanche here, so that the family and other loved ones can always see it. You can upload cherished photographs, or share your favorite stories, and can even comment on those shared by others.

Posted Dec 14, 2019 at 10:56pm
This tree will hold the memories of your life.
Heartfelt Sympathies
Love Judith and Al

Posted Dec 13, 2019 at 12:55pm
My husband John and I visited Uncle Earl and Aunt Blanche in their Manhattan apartment in 1970. We were engaged and they were some of the first family members of mine that John was introduced to. How very fortunate since we received a warm welcome, John and Earl attended the same college at Columbia and had much in common. We also enjoyed the cats in the apartment and had fun getting to know one another. Blanche left a lovely impression in her warm, gracious and caring attentiveness. She left the world a bit better than she found it, in her devotion to helping others, in her caring ways. She will be missed. May we all remember her in her glory.
Comment Share
Share via:
NL

Posted Dec 13, 2019 at 05:55am
The last time we saw Blanche was in Atlantic City.
Blanche was such an upbeat person. She and Janice hit it off immediately.
Blanche was so very forthright and honest; I found this uniqueness so very refreshing --- especially the sheer and abundant supportiveness that she so freely offered not to, specifically, her friend, but rather to, specifically, that of her husband.
The seders at 1948 Axton Ave. that she prepared and oversaw became firm, warm, and splendid memories for us all.
Blanche will be SORELY missed.
We trust G-d will give Earl the strength and conviction to persevere through this extremely difficult period; and this is precisely what Blanche would want. 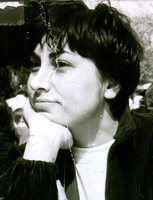 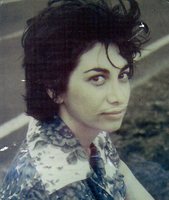