To share your memory on the wall of Bernard Josephson, sign in using one of the following options:

Bernard “Bunny” Josephson died March 21, 2020 in his Margate, N.J. home of 60 years. Bunny had just turned 96 on March 4. He was born in Atlantic City, N.J. in 1924 and graduated from Atlantic City High School. He enlisted in the U.S. Army during World War II and was stationed in the Pacific – Hawaii and ultimately Osaka, Japan. Following the war, Bunny attended the University of Miami and then the University of Arizona, pursuing a degree in journalism. In the early 1950s, Bunny returned to Atlantic City to run the family commercial printing business, which also produced the regional TV listings for greater Philadelphia and the New York City area. This led to Bunny marrying Shirley Schiff in 1952, live from New York on the CBS-TV network show, “Bride and Groom.” This first reality-TV couple recently celebrated 68 years of marriage.

Bunny was a member of Disabled American Veterans, a volunteer for The Arc and an active storyteller and personality in the Absecon Island community. His good humor will be missed especially in these trying times.

Bunny is the loving husband of Shirley Josephson, devoted father of Hal and Louis Josephson and cherished grandfather of James Josephson. Given the unprecedented, tumultuous circumstances, a gathering to honor Bunny’s life will be held in Summer 2020. If you would like to attend, please contact Hal Josephson at haljo@icloud.com. Take care, stay safe, be well.
Read Less

Receive notifications about information and event scheduling for Bernard

There are no events scheduled. You can still show your support by sending flowers directly to the family, or planting a memorial tree in memory of Bernard "Bunny" Josephson.
Plant a Tree

We encourage you to share your most beloved memories of Bernard here, so that the family and other loved ones can always see it. You can upload cherished photographs, or share your favorite stories, and can even comment on those shared by others. 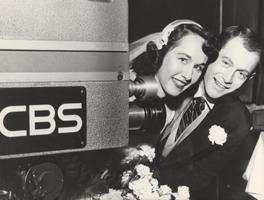 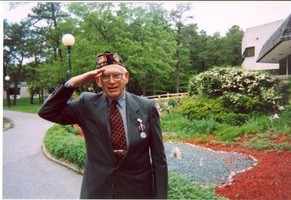