To share your memory on the wall of Alfred Rosenblatt, sign in using one of the following options:

Provide comfort for the family of Alfred Rosenblatt with a meaningful gesture of sympathy.

He and Barbara loved to travel around the world and visited Russia, China and Egypt when these were uncommon destinations. More recently, he combined his avid interest in birding with a trip to Central America. Relentlessly curious and a lifelong learner, he was never without a book or newspaper in reach. New hobbies were intensely pursued; he was an avid photographer with a color darkroom, a boater who once helped one of his sons rebuild a badly damaged discarded wooden lifeguard boat, a fisherman who built his own fishing gear and an enthusiastic if not terribly skilled golfer who re-gripped his own clubs. He loved to work with his hands and took on gardening, including installing and maintaining his own sprinkler system. He was known as the “go-to guy” in Margate for minor surgical emergencies (performed either at the kitchen table or in his home office), as well as a whiz with home electronics and television service. Once upon his arrival at a friend’s house, the friend’s child announced that “the TV guy is here.”

Despite all of his accomplishments and hobbies, his greatest joy was his family, for whom he will forever be their moral compass. He was a kind and gentle mentor to his sons Mike (Patricia) of Lincoln, MA, Dan (Becka) of Nashville, TN and Rich (Joan) of Cherry Hill and Margate, NJ, for all of whom there is nothing that makes them more proud than to say they are “Alfie’s son.” And carrying his legacy forward are his beloved nine grandchildren (Hailey, Andy, Hannah, Jack, Will, Anna Kate, Grace, Hope and Faith), all of whom will carry their “Poppy”/“Sir” in their hearts forever.

He was preceded in death by his sister Elaine Friedman.

In lieu of flowers, memorial contributions may be made through the AtlantiCare Foundation. Please direct your contributions to the fund of your choice in memory of Alfred A. Rosenblatt, MD. The link is
https://www.atlanticare.org/ways-to-give/atlanticare-foundation/make-a-gift
Read Less

To plant a memorial tree in honor of Alfred A Rosenblatt, please visit our Heartfelt Sympathies Store.

We encourage you to share your most beloved memories of Alfred here, so that the family and other loved ones can always see it. You can upload cherished photographs, or share your favorite stories, and can even comment on those shared by others.

Posted Oct 17, 2019 at 09:04pm
Dear Barbara,
I remember you fondly from my early days at Stockton. I am so very sorrow for your loss. My thoughts are with you.
Take care,
Arleen

Posted Jul 11, 2019 at 03:57pm
Barbara and family,
You are in our thoughts. Alfie was a gentleman physician who graciously helped any and all who crossed his path. It was a pleasure to "inherit" his office and desk, knowing that I could always call on him for advice. He will be remembered by so many people for his many contributions to Atlantic City.
Sincerely,
Susan Bane MD and Terry Trued
Comment Share
Share via:
BD

Posted Jul 10, 2019 at 11:59am
My condolences to the Rosenblatt family. Sincerely, Barbara Dimakos

Posted Jul 07, 2019 at 11:56am
Just a note from a former pharma rep from the 60’s/70’s to let the family know that we all thought highly of Alfie and his brother Mort. They always were kind and respectful to us, and always gave us a few minutes even though the were busy: great guys. 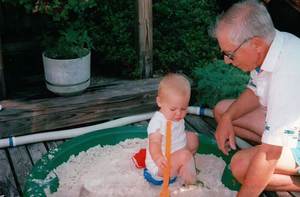 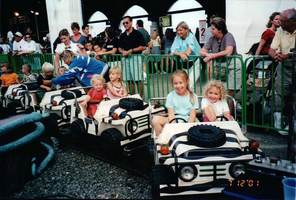